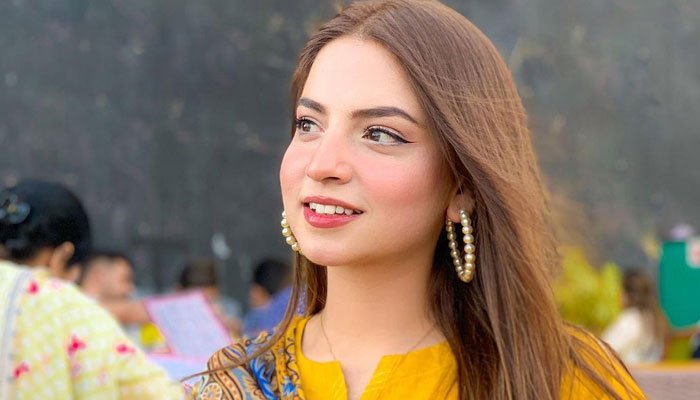 Social media sensation Dananeer Mobeen, who rose to fame with her ‘Pawri’ viral video, is over the moon after she reached one million followers on Instagram within few days. 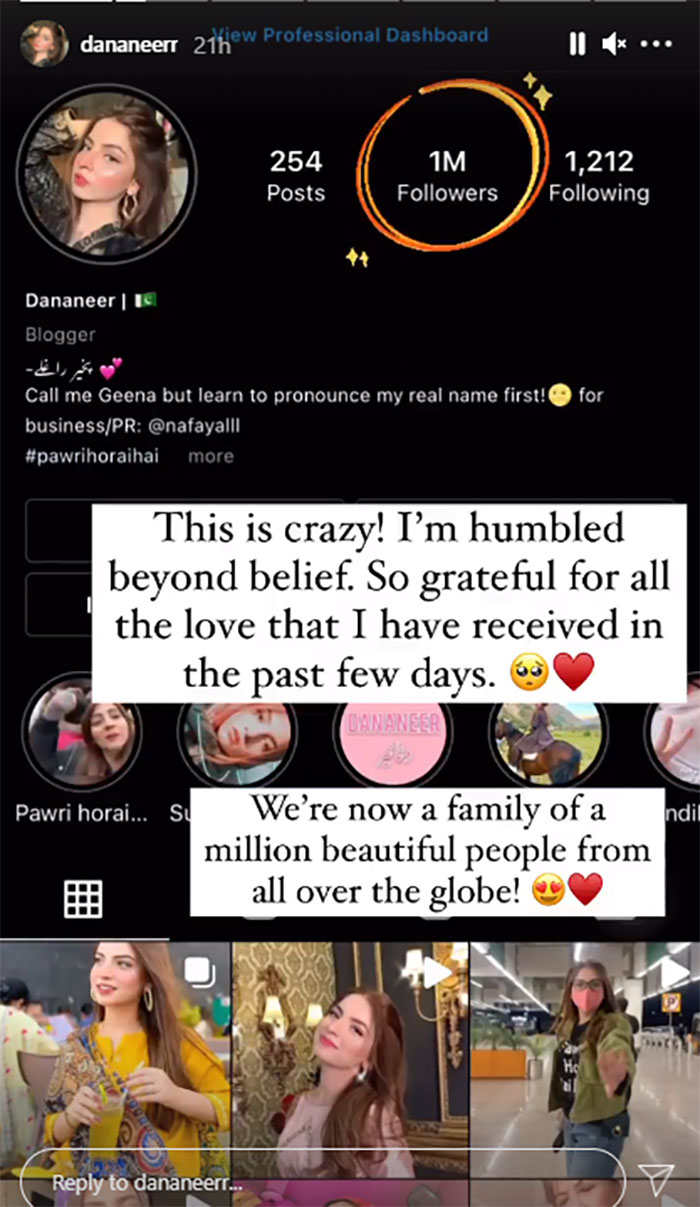 She wrote, “This is crazy! I’m humbled beyond belief. So grateful for all the love that I have received in the past few days” followed by heart emoji.

The 'Pawri' girl further said, “We’re now a family of a million beautiful people from all over the globe’ along with red heart and heart-eyed emoticon.

Sharing a photo with Peshawar Zalmi owner Javed Afridi, she said, “I am SO excited to announce that I am now an official member of the Zalmi family! Akhpal team! Da pekhawar azmaray @jafridi10.”