Everything is being tapped, says Imran Khan 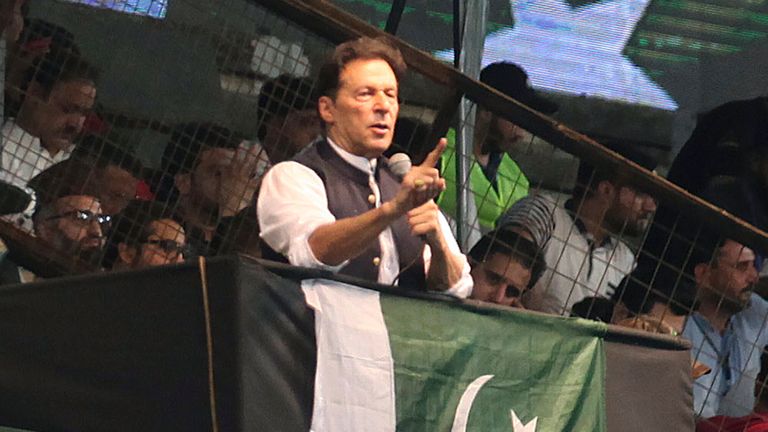 RAWALPINDI: Chairman PTI Imran Khan has said that everything is being tapped.

While addressing an oath-taking ceremony of the workers in Rawalpindi, Imran Khan said that while planning the march, we know what they have to do but they don't know what we have to do. “Everything is being taped and therefore the party has not been told anything about the long march.

Our phones were tapped, our servants were tried to be bought, people are being harassed for supporting me. They just want us to recognize this government. The nation will never recognize these thieves.”

Imran Khan said that robbers will be strong and will be acquitted with the current NAB laws. “Where did the money come from for the 4 palaces built in London? How did Ishaq Dar's assets turn into 80 crores, all of them flee from here to London, it seems that all of them are born in London.”