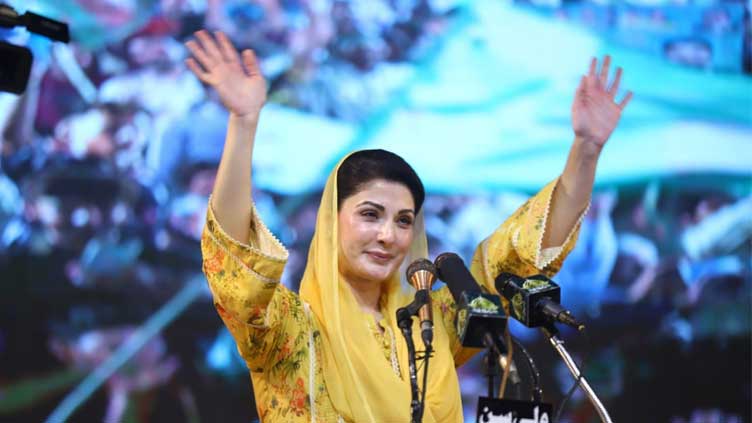 LahoreL Pakistan Muslim League-Nawaz (PML-N) Vice president Maryam Nawaz on Monday taking a dig at PTI chairman said that Imran Khan is the biggest enemy of Punjab’s development but his political career is going to an end soon in the country, and on July 17 we have to win a battle for Punjab’s development.

Addressing a rally in PP-170 Lahore ahead of by-election, she said that Punjab CM has given historic electricity bill relief today to the poor people who had been suffering for the last four years due to PTI’s incompetent policies but now the PML-N government will provide relief to all the people without any favour.

Talking about the current petroleum prices hike, she that the incumbent government increased the prices of petrol and diesel with a heavy heart, adding that due to the IMF agreement we left with no choice because country was on verge of bankruptcy due to PTI government agreement with IMF.

She went on to say that Imran Khan used to speak against US Assistant Secretary of State Donald Lu but he has sent his offical person to seek forgivness.

“Imran Khan led a group who looted Punjab but on July 17 his political career is going to an end and PML-N will work day and night to get the people out from trouble,” Maryam said.

She further said that Nawaz Sharif and Shehbaz Sharif will steer the country out of the crisis, adding that the government will decreases price of petroleum products once the prices came down in the international market.