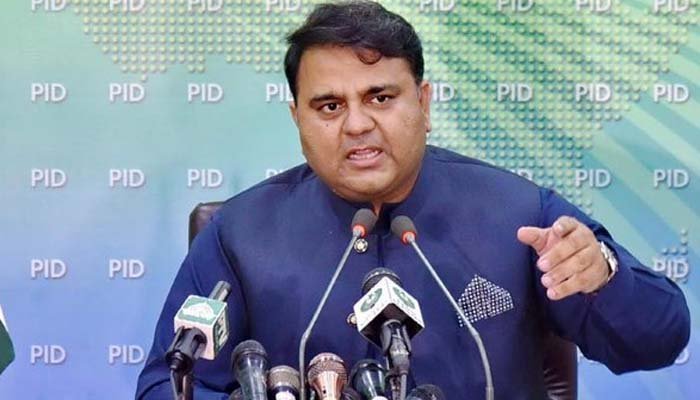 RAWALPINDI: Federal Minister of Science and Technology Fawad Chaudhry regrets that technological progress in Pakistan has been set back due to some previous court decisions.

"Our technology has suffered from a setback because of the courts," said Chaudhry, addressing the International Media Conference at a private university on Wednesday.

He said Pakistan's relations with digital companies had deteriorated due to some court decisions that were taken in 2014.

"I plead with judges not to hear cases relating to digital media," he said.

The minister highlighted that if Pakistan does not alter its state policies, it will never be able to attract foreign investment. "Political and economic independence molds an individual's life," he said.

Chaudhry advised students to choose the career they desire. "Those who want to study should study, but others who want to play video games should do that as well," he said.

Gone are the days when a person excelled in life only if they studied hard, he said. "Nowadays, you find even a 20-year-old is a billionaire," the minister noted.

Talking about the country's power woes, he said that Pakistan was generating electricity but encountering problems in its distribution.

TikTok, books do not pose danger to Islam in Pakistan: Fawad Chaudhry

The minister has been known for advocating technological progress in the country and speaking out against bans on social media websites and apps.

Last year, Chaudhry had spoken out when the Punjab Assembly passed the Tahaffuz-e-Bunyad-e-Islam Bill.

"This is a dangerous attitude that will throw us into a vicious circle of sectarian and religious extremism," he had said. "In Pakistan, Islam is neither threatened by TikTok nor books."

The minister had added that Pakistan, on the other hand, was threatened by sectarian divisions and extremism.

His statement came a few months after the PTA gave a warning to TikTok and video streaming app Bigo, claiming that it had received a "number of complaints ... from different segments of the society against immoral, obscene and vulgar content" on these apps.