By Muhammad JuniadPublished On 03 Jan 2023 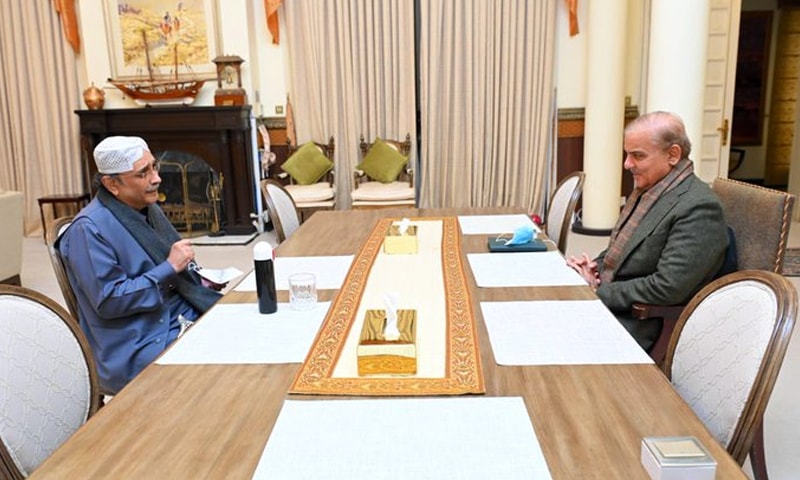 ISLAMABAD: In the wake of PTI’s decision to dissolve the Punjab and Khyber Pakhtunkhwa assemblies, PM Shehbaz Sharif and PPP leader Asif Ali Zardari on Tuesday met for a second time in eight days to discuss ways to prevent a possible political crisis.

The prime minister is also expected to meet with other allies in the ruling coalition in the coming days to discuss the possible dissolution of both assemblies and chalk out a future course of action.

According to the Prime Minister’s Office, the meeting took place at the PM House, where both leaders took stock of the current political situation in the country.

Sources in the PPP told Dawn that the PM has tasked Mr Zardari with re-establishing Pakistan Democratic Movement’s (PDM) government in Punjab.

The former president, who is famous for his ability to eke out political solutions where none seem to exist, will soon travel to Lahore.