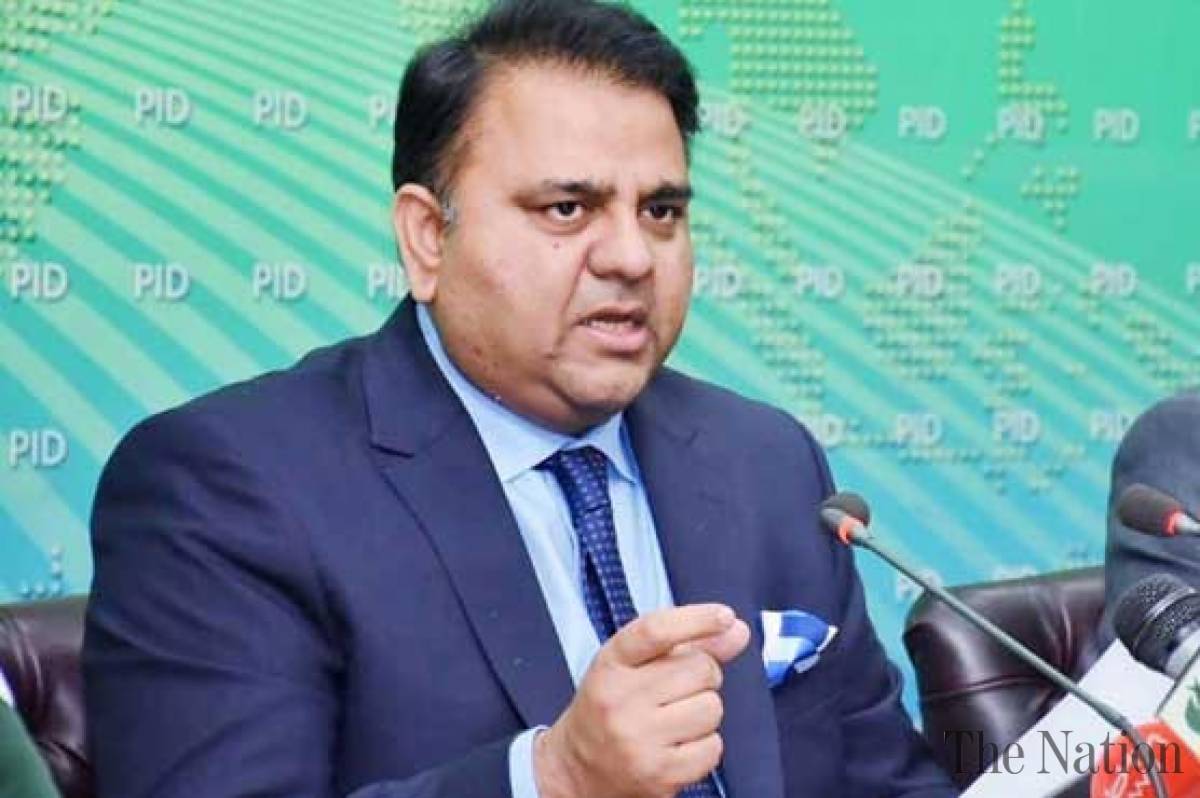 ISLAMABAD:  Federal Minister for Science and Technology, Chaudhry Fawad Hussain said the Pakistan Muslim League-Nawaz (PML-N) had again shifted its stance from re-polling in 20 polling stations to re-polling in the whole constituency.

“PML-N raised objection over polling in the 20 polling stations in the by-elections and demanded re-polls on which we agreed but now it has changed its stance and demanding re-election in the whole constituency, making the elections disputed”, he said.

The minister was talking to the media outside the Election Commission of Pakistan (ECP) along with the Pakistan Tehreek-e-Insaf (PTI) leaders including Usman Dar, Farrukh Habib, and the party candidate Ali Asjad Malhi.

He said legally, ECP was not authorized to hold the results after compilation and this was also not our obligation to withdraw writ of demanding ECP to announce the results of PTI success in NA-75 (Daska) immediately.

However, Prime Minister Imran Khan, yesterday asked not to resist the PML-N application of re-polling in 20 polling stations and directed Ali Asjad Malhi to withdraw his application without resistance. “PTI candidate has foregone his legal right”, the federal minister said.
It was for the first time that any government had not shown its power in the by-election, he said.

The masses have witnessed the by-elections conducted in the past but they were happy since PTI took over, he said adding, ECP was working as an independent institution and they have great respect for their decisions.

The minister emphasized electoral reforms to avoid such issues in the future for which constitutional amendment was introduced but not accepted by the opposition.

Prime Minister, Imran Khan had been encouraging all such initiatives which were crucial for ensuring utmost transparency in the elections. “We are heading towards the principle of transparency”, he said.

The federal minister stated that introducing an electronic voting machine was also an effort to ensure a transparent election on which his ministry was working diligently.