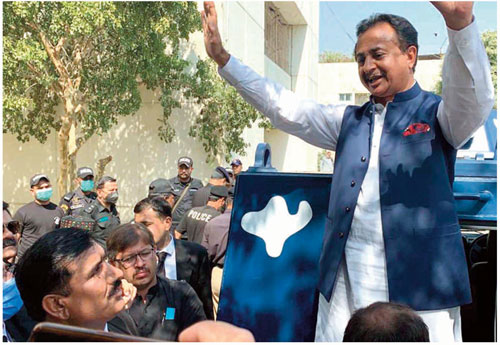 KARACHI: The joint opposition in the Sindh Assembly has submitted a request in the assembly secretariat for the issuance of a production order for Opposition Leader in SA, Haleem Adil Sheikh.

Sheikh is currently hospitalized after he was allegedly attacked by goons of a gang war in Karachi Central Jail.

Until now the assembly session has been not summoned, the application will be reviewed in accordance with the law, he added.

Answering a question, Agha Siraj Durrani said what the opposition leader said he is unaware of because when Sheikh was taken into custody, he was not here.

The PTI leader was moved to NICVD after he complained of pain in the chest, earlier this week.