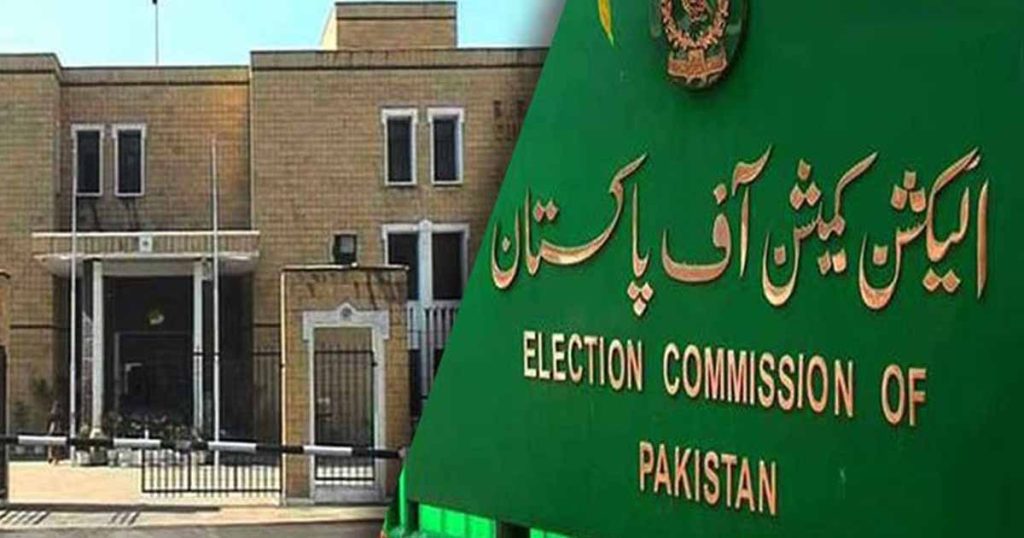 ISLAMABAD: The Election Commission of Pakistan (ECP) sought funds worth Rs47 billion for the organization of general elections.

The election commission will be given Rs27 billion in the current fiscal year, whereas, the ECP sought immediate disbursement of Rs18 billion for commencing the preparations for the general elections.

The federal government will disburse over Rs20 billion to the ECP in the next fiscal year. The overall expenditures of the 2018 general polls were Rs31 billion.

Sources said that the federal government approved the budget for the next general polls.

Earlier on November 29, the Economic Coordination Committee (ECC) of the Cabinet approved a technical grant to the Election Commission of Pakistan (ECP) for general elections.

According to details, the ECC – chaired by Finance Minister Ishaq Dar –approved a technical grant to the Election Commission of Pakistan (ECP) for general elections.

Sources told ARY News that the electoral watchdog had sought Rs47.42 billion from the government in order to make preparations for next year’s general election.

According to the summary, the ECP requested that the rationalized amount of Rs47.42bn be approved upfront and be released in two phases — Rs31.42 billion during the current fiscal year and another Rs16 billion during the next fiscal (2023-24).

Sources added that the ECC did not earmark a major supplementary grant, but approved a partial amount to the electoral body.