By Muhammad JuniadPublished On 31 Dec 2021 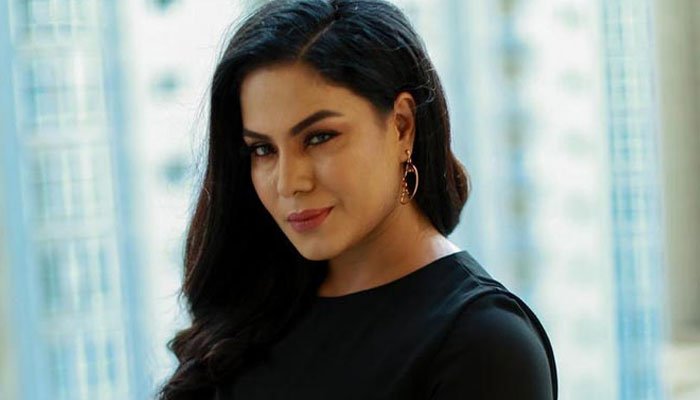 The latest video of Lollywood actress, comedian, and host Veena Malik lit the internet on fire.

Much like her on-screen persona, the Rangeela star is a queen of scandals due to her quick wit, humour and bold statements. She paves her way to headlines as she sets the internet on fire with killer dance moves. This video went viral on social media.

The 37-year-old is back after her short hiatus from the entertainment industry with her viral dancing clip.

In her recent appearance at the talk show with Ahsan Khan, a BTS video has stormed the internet where Malik grooves and dances her heart out whilst looking stunning in her black outfit.

Recently the beautiful actress Veena Malik expressed her desire for a second marriage. In a recent interview with a private channel, actress, and host Veena Malik discussed various topics, including her first marriage.

During the interview, on the question of a second marriage, Veena said, “If at all, I’ll marry again and I would like to marry a religious person because one who has a fear of God does not hurt others.”

“Actually, it is always safe to belong to the religion and traditions you follow even after marriage. Inter-cast marriages can ruin my married life,” she added.

Veena denied rumours that she was still living with her ex-husband, Asad, after their divorce. She said, “After khula, when he ran off to Dubai with our children, he kept them at my house. I was bearing all their expenses because my children had nothing there.”

Earlier, Malik had filed a defamation lawsuit against her ex-husband Asad Khattak, demanding Rs1 billion for running a 'smear campaign' against her.

Veena and Asad Khattak got married in December 2013 in a court in Dubai. They are parents to two children, Abram Khan Khattak and daughter Amal Asad Khan Khattak.