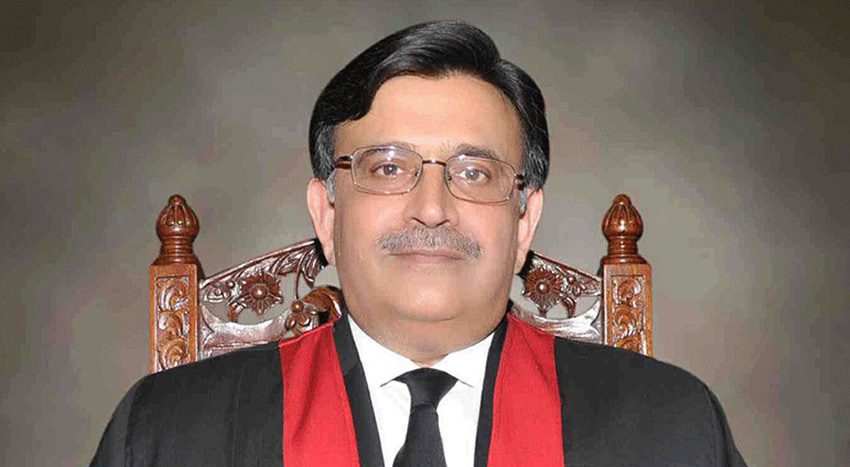 Justice Umar Ata Bandial will succeed the current Chief Justice of Pakistan Gulzar Ahmad on February 2. The president made the appointment under article 175 of the constitution. The change took place on the principle of seniority in which the puisne judge becomes the chief justice.

Justice Bandial will continue as the chief justice till his retirement on September 18, 2023, and will hold the position for around 19 months. CJP Gulzar Ahmed will retire after working in the top judicial position for more than two years. He assumed office on December 21, 2019, replacing ex-CJP Justice Saqib Nisar.

Supreme Court judges, including the chief justice, retire once they turn 65, while high court justices superannuate on reaching 62 years of age.

Justice Umar Ata Bandial was born on September 17, 1958 in Lahore. He received his elementary and secondary education at different schools in Kohat, Rawalpindi, Peshawar and Lahore.

He served for two years as Chief Justice, Lahore High Court until his elevation as Judge of Supreme Court of Pakistan in June 2014.

During his career as Judge of the Lahore High Court and the Supreme Court of Pakistan, Justice Umar Ata Bandial has rendered judgments on a number of important public law and private law issues. These include pronouncements on civil and commercial disputes, Constitutional rights and public interest matters.

He taught Contract Law and Torts Law at the Punjab University Law College, Lahore until 1987 and remained a member of its Graduate Studies Committee while serving as a judge of Lahore High Court.