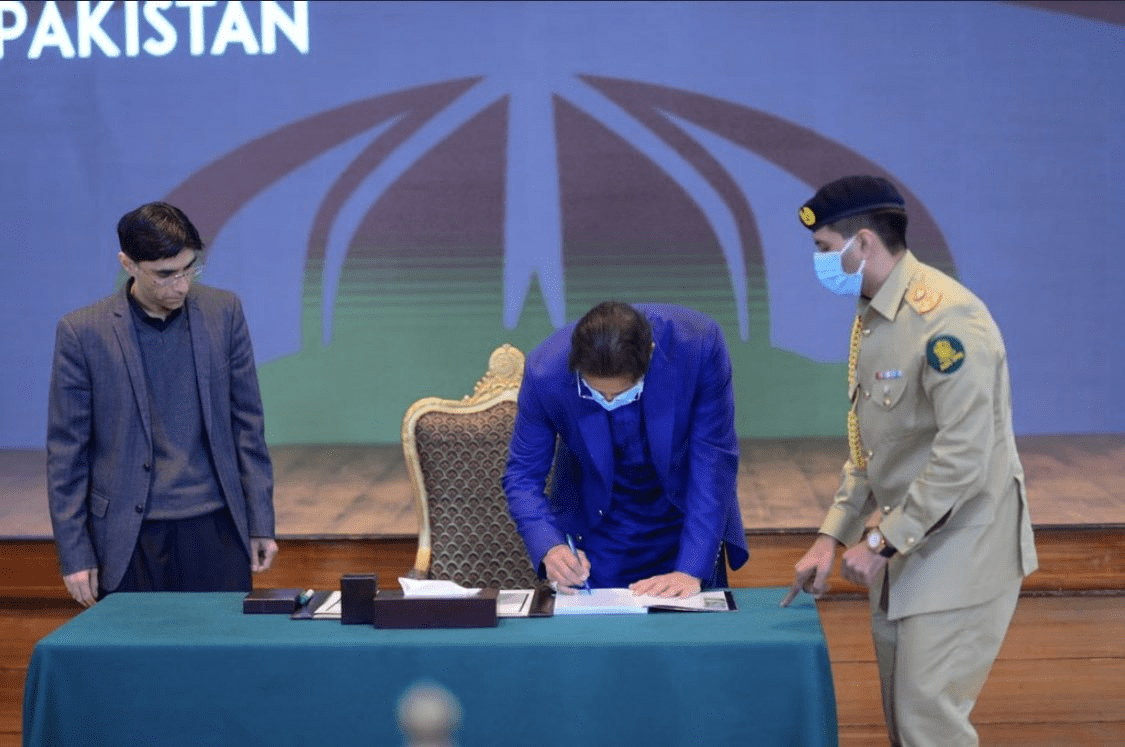 ISLAMABAD: Prime Minister (PM) Imran Khan on Friday has said that the Pakistan Tehreek-e-Insaf (PTI) wants to bring the nation and state on one track.

The premier launched the public version of the first-ever National Security Policy of Pakistan, in Islamabad. The policy articulates a citizen-centric framework, placing economic security at its core and seeking a secure and economically resilient Pakistan.

Addressing the ceremony, the PM said that this all-encompassing policy will provide direction on all dimensions of national security.

The premier said on the patter of the State of Madina, the PTI government has been endeavoring to serve people through multiple initiatives like universal health insurance, Ehsaas Programme, single national curriculum, and the struggle for rule of law.

Imran Khan said each family in the provinces being governed by the PTI will have health cards by March this year to have free medical facilities up to one million rupees annually. He said the initiative of developing a single national curriculum will greatly contribute to achieving national cohesion.

He said the incentives being provided to the business community resulted in the enhancement of exports, and a seventy percent increase has been witnessed in IT exports.

The prime minister said ten new dams are being constructed, which will help ensure water security.

He said the government s initiatives aimed at mitigating the effects of climate change are being acknowledged at the international level. He said the measures for uplifting the downtrodden segments of the society and the backward areas will also contribute to inclusive growth in the country.