The Ministry of Interior on Thursday ordered the repatriation of Tablighi Jamaat members and pilgrims stranded in various parts of the country, to their home towns before the first Ramazan.

The ministry ordered all chief secretaries and chief commissioners to ensure immediate execution of the directives in accordance with guidelines issued by health and district authorities.

The notification also warned of strict disciplinary action being taken against those who derelict their responsibilities. 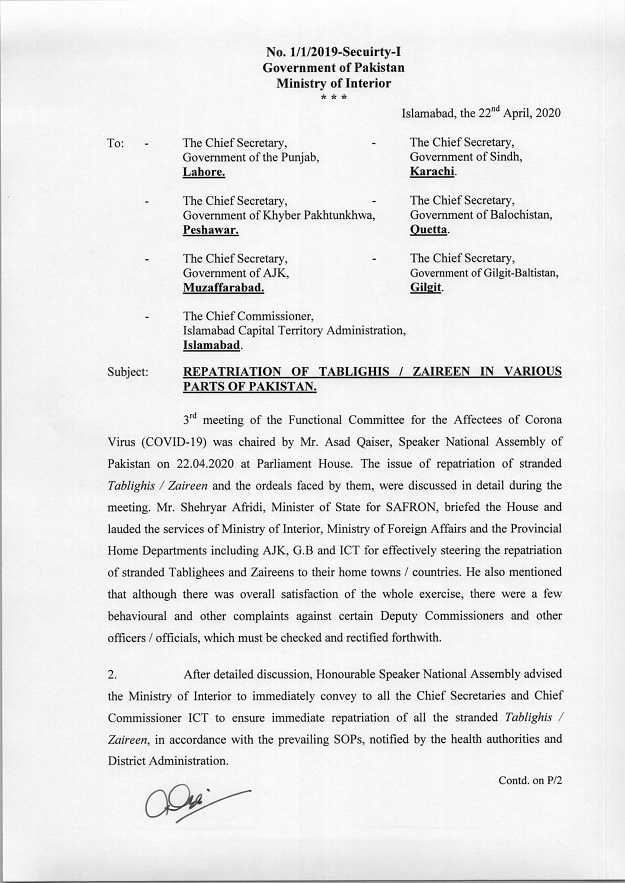 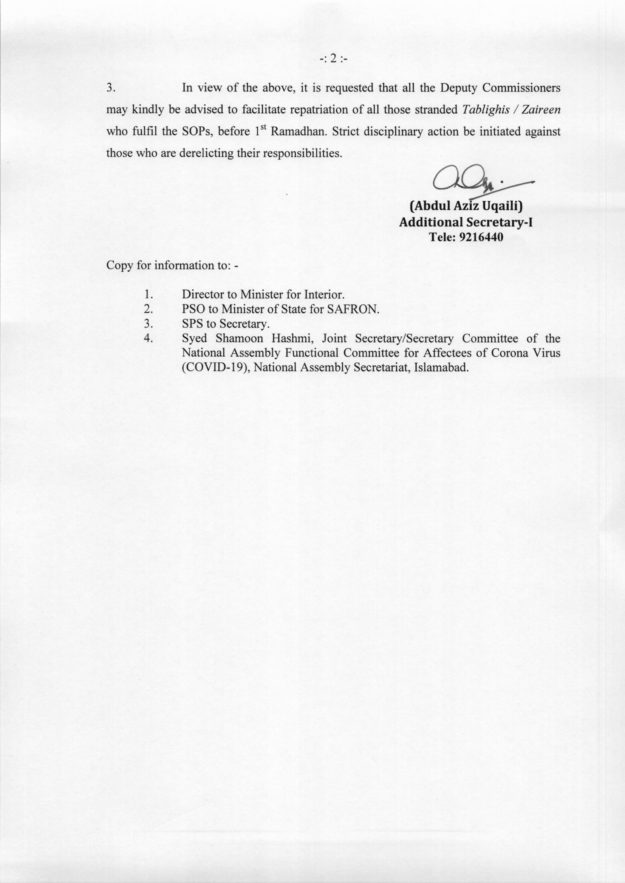 On April 21, at least 2,258 people who attended a religious mass gathering in Raiwind — a town located in Lahore’s suburbs — tested positive for Covid-19 – accounting for around 27 per cent of the country’s total coronavirus cases.

The authorities are now tracking around 70,000 people who attended the event hosted by the Tablighi Jamaat

The five-day annual gathering, that began before Pakistan’s lockdown was implemented, was attended by as many as 70,000, including 3,000 travellers before it was cut short, police officer Ghazanfar Shah told Bloomberg over phone.

Religious groups have been linked to virus hotspots around the world. An obscure church in South Korea attracted global attention after being linked to a sudden spike in coronavirus infections that accounted for about 5,200 confirmed cases in February. Singapore later banned the local activities of the South Korean sect.

Governments have long struggled to deal with religious sensitivities, especially during a crisis like a pandemic, Burzine Waghmar, a member of the Centre for the Study of Pakistan at SOAS University of London, said by phone.

Pakistanis to express solidarity with Kashmiris at 12 noon on Friday:...

Ali Azmat lashes out at PSL management for cutting his performance...

We are Dynamic young team working towards the accessibility of news to a wider vibrant & enthusiastic reader who are willing to support us for uniqueness of the content. We try to serve positivity & collectiveness for the work we present

Here is how Africa kicked out poliovirus